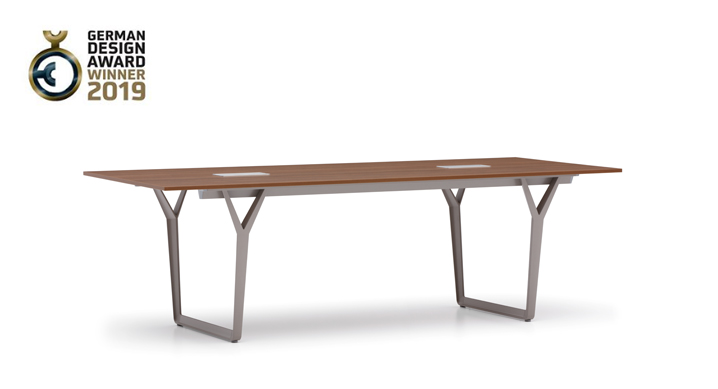 Giving a new impulse to meeting areas with its elegance and strength, Note proved its international success once again with the German Design Award, one of the most prestigious design awards worldwide with the motto “the award which makes success visible” after the Design Turkey, Red Dot and iF Design Awards.

Designed by Utkan Kızıltuğ and Arif Akıllılar from b.design team, Note, which has led the Turkish design identity to the international arena thanks to their authentic and innovative designs, was built on the idea that the common point of the designs that stand the test of time were the ageless visual aspects of the products and that added functionality to the spaces where they were used despite the passing of time. While being a unique product merging its plain design lines with the perception of quality, Note represents power, going far beyond furniture, symbolizing the significance placed on prestige in organizing offices on its own.

Award-winning designs selected by a jury panel of 45 leading worldwide design experts after reviewing tens of thousands of products will be announced at the Ambiente Fair to be held in Frankfurt on February 8, 2019, accompanied by a beautiful exhibition.  While the award ceremony is considered to be one of the most important design events of the year bringing in more than 1300 guests from the design and media industries, awarded in the category of “Excellent Product Design”, Note will be exhibited in the Ambiente Fair.